Topas Ecolodge lies within the boundaries of Hoang Lien National Park. The park is located in Lao Cai province and stretches south from just outside Sapa town. The protected area encompasses approximately 30 km2 of scenic mountainous landscape, including Vietnam’s highest peak, Mt Fansipan (3142m) and the Hoang Lien mountain range. The mountains are covered with temperate and sub-temperate forests. This forest and the surrounding vegetation are home to a variety of birds, mammals, reptiles, amphibians and insects, many of which are found only in north-west Vietnam and are of great biological significance.

The park supports a wide variety of plant life and forest due to its varying elevations. In the lower reaches, lower montane evergreen forest is found. As the elevation increases, upper montane evergreen forest grows, while higher elevations are home to subalpine forest. In the highest areas above 2,800m the vegetation is dominated by stands of dwarf bamboo with scattered, stunted trees. Below 1,000m, the forest has been almost entirely cleared and replaced with anthropogenic habitats, including secondary grassland, scrub and cultivation. Secondary habitats are also found at higher elevations. 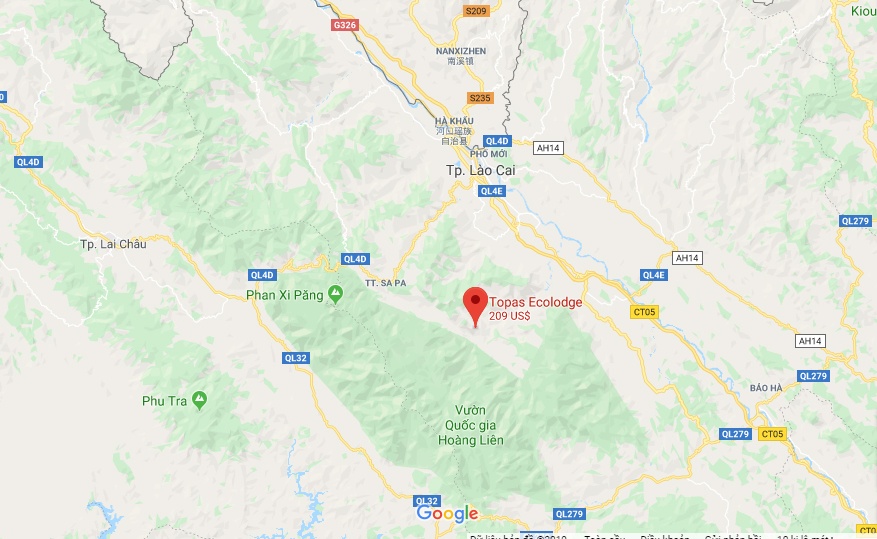 The climate around Sapa

Vietnam is home to 54 different ethnic groups, making it one of Southeast Asia’s most culturally complex and diverse countries. The predominant ethnic group are the Kinh (Viet) people who make up 87 per cent of the population. The remaining 13 per cent, or 8.5 million people, belong to different ethnic minority groups mainly concentrated in the border areas in the western part of the country, although they also live in other regions in the central, upland and highland areas. The population of these groups ranges from around 200 people to over 1 million, with the largest ten groups accounting for close to 85 per cent of the ethnic population. Most of Vietnam’s minority groups also inhabit neighbouring countries including southern China, Laos, Cambodia, Northern Thailand and Myanmar, where they are found in equal or greater numbers.

Though there are some similarities between these ethnic groups, each has its own unique culture and history. Western understanding of the origin, distribution, subdivisions and cultural character of the minority groups is incomplete and rules of classification vary, with for example Vietnamese, Chinese, French and British referring to the same groups by different names.

Ethnic groups are largely classified based on linguistic criteria, with subdivisions being made according to three major language families: Austroasiatic, Austronesian and Sino-Tibetan. The language system is extensive and complex, however, and many local dialects exist. Furthermore, minority groups who share the same language have distinct beliefs and customs. Attempts to classify groups therefore cannot be based on language alone, and differences in dialect, relationships, geographical position, altitude of settlement, socio-political structure and traditional dress must also be taken into consideration.

Below you will find a list of Vietnam’s ethnic minority groups and more detail about the customs and way of life of the people residing in the area around Sapa. During your stay you will have the chance to meet people from some of the different minority groups, particularly if you book a tour that includes trekking to some of the nearby villages.